Learn the First: Celebrating the 226th Anniversary of the Bill of Rights’ Ratification 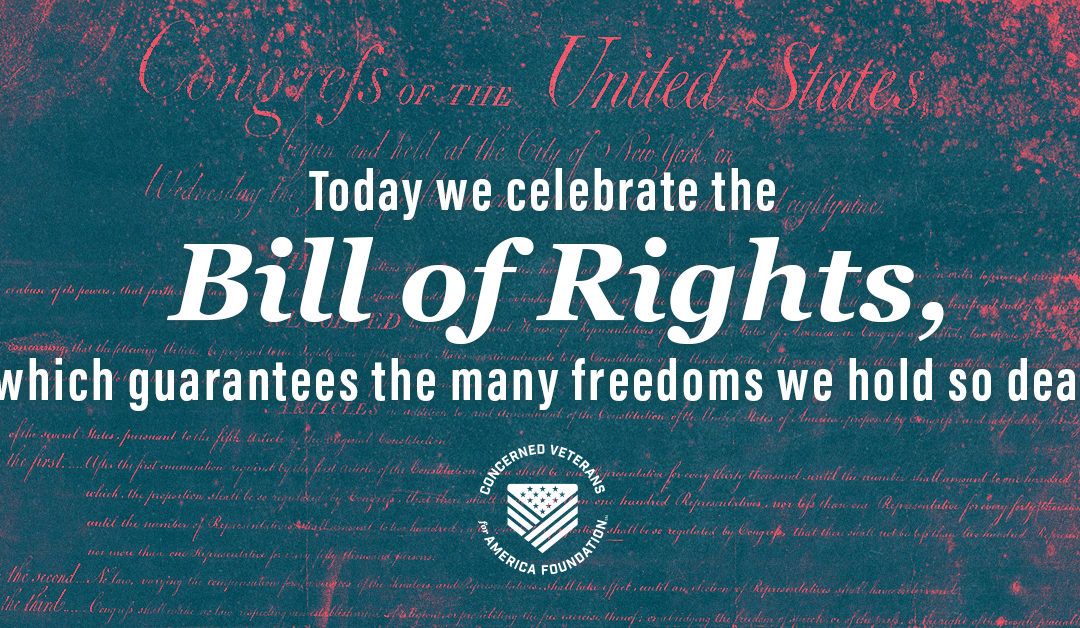 On Dec. 15, 1791, the Bill of Rights (the first 10 amendments to the U.S. Constitution), became the supreme law of the land. Today, we celebrate 226 years of enjoying these foundational rights as Americans and humans.

But these rights weren’t always so ingrained in our society. Even after our constitution was in place, our founders were working to secure these 10 freedoms from government.

The Bill of Rights consists of a list of limits to the federal government’s power, and protections of our natural rights.

It extends Americans the following liberties:

In 1789, James Madison felt that the new, existing Constitution gave the government too much power.

Inspired by the English Bill of Rights of 1689 and Virginia’s Declaration of Rights, written by George Mason, Madison drafted the Bill of Rights, thus protecting the rights of citizens mostly likely to be infringed upon by a tyrant.

After a healthy debate, 12 articles were initially approved by Congress and sent to receive the two-thirds approval from the states necessary for ratification.

The Bill of Rights Over Time

Over the course of the past two centuries, rights outlined in the Bill of Rights have repeatedly come under fire.

Among the most-frequently challenged right is the freedom of speech.

Challenges to free speech date back to America’s earliest days as a nation and remain prevalent today.

The Sedition Act was not only deeply unpopular – it was a blatant violation of the First Amendment.

While the law expired in 1801, it wasn’t officially deemed a violation of the First Amendment by the Supreme Court until 1964. It’s one of the oldest– but far from the only– instances of infringement on free speech.

Free speech is essential to a free society. It enables people to make their voices heard and express their ideas freely and openly in a marketplace of ideas.

Veterans have a special relationship to the U.S. Constitution: they have sworn an oath to protect and defend it.

We have the men and women in the armed services to thank – for protecting our freedom both at home and abroad and for defending our rights enumerated in the Constitution throughout our nation’s history.

Today, on the 226th anniversary of the Bill of Rights, we celebrate our constitutionally protected rights and we recognize the importance of defending these rights to ensure that our legacy of freedom in America endures for generations to come.

Want to learn more about the Bill of Rights and the First Amendment? Join our email list to get updates from our Learn the First series.