Veterans of the World Wars 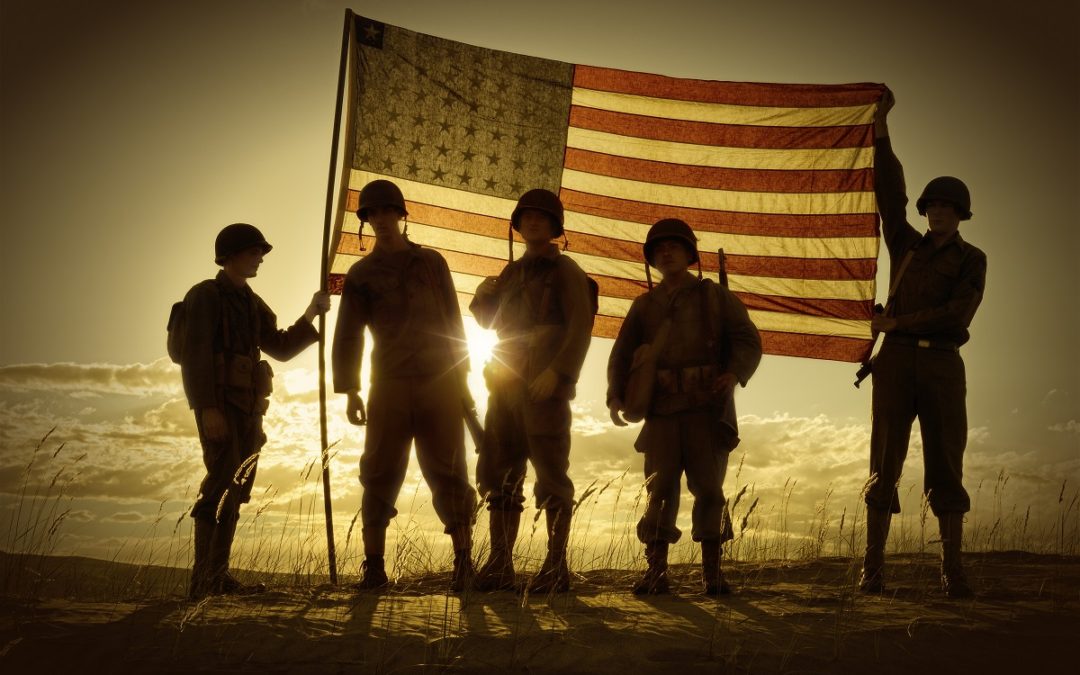 The first half of the twentieth century threw the world into the largest conflicts any had seen, or would see to this day – World Wars I and II. Although the United States remained neutral throughout most of the first World War, our eventual involvement would have a lasting impact.

In April of 1917, President Woodrow Wilson declared war on Germany. Shortly after declaring war, the Selective Service Act of 1917 was passed requiring all men between 21 and 31 to register for conscription. By the next year, nearly three million had been drafted into the military. What American “doughboys” found on the battlefields of Europe was horrific and shocking.

The major use of trench warfare and new weaponry, including the use of poisonous gas, opened the American warfighter’s eyes to new horrors and had heavy implications for survival and coping when returning home from battle. “Shell shock” became the term for what is now diagnosed as post-traumatic stress. Hundreds returned home unable to reconcile what had been seen abroad. A new need for veteran medical care emerged as servicemen returned home with visible and invisible wounds. What is now the Department of Veterans Affairs was established and gained a much larger role in the decades that followed.

The U.S. was only involved in World War I for about two years, however two million served overseas and more than 100,000 died. At home, the economy focused on supporting the boys overseas, providing food and supplies. That war’s end would eventually lead to the second World War, which the U.S. participated in far more heavily.

Americans would fight World War II on multiple fronts, including Europe and the Pacific. After years of economic depression in the States, the American military was brought into World War II following the bombing of Pearl Harbor, Hawaii. American involvement would later spread to assist Allied forces in Europe and Northern Africa. The draft was continued to fill the ranks of the military. New weaponry and air power changed the face of this war even more than the first World War. By the end of the World War II, the United States had suffered more than one million casualties throughout the global conflict.

This generation of servicemen and women continue to inspire us. They were the “Greatest Generation.” They paved the way for a continued interest in the history, weapons, and tactics of the second World War. They would also pave the way for further understanding the effects of war on those who served. These are the men and women who continue to define the spirit of American freedom and answering the call of duty.