‘You can overcome anything.’ Army medic shares his journey with PTSD and how veterans can help each other heal. 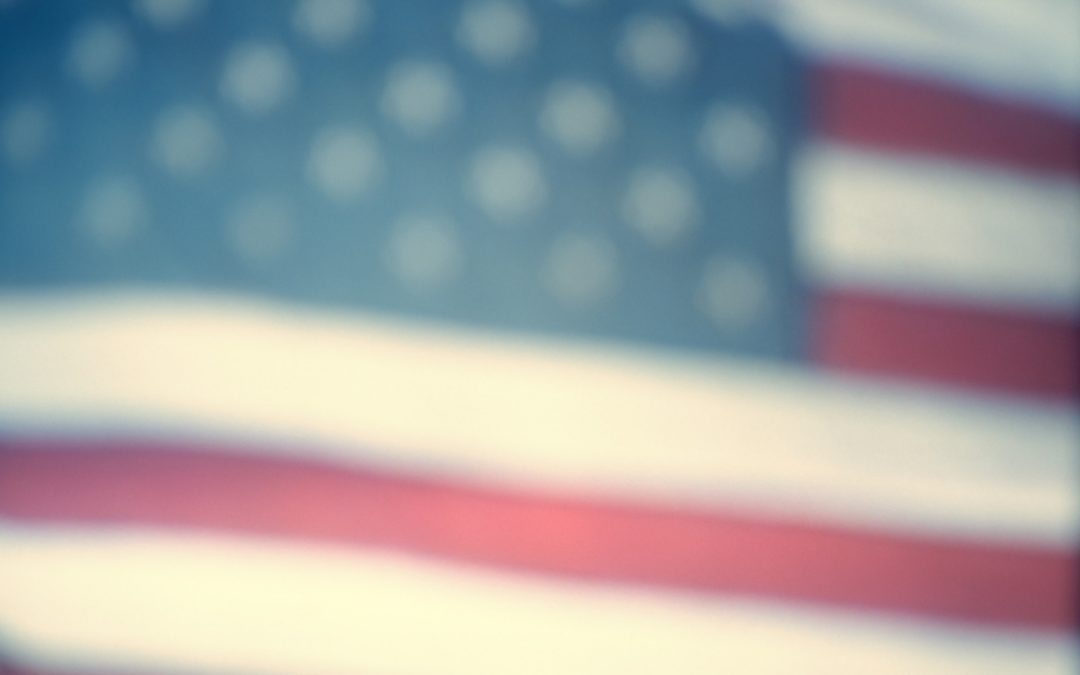 Concerned Veterans for America Foundation focuses on educating veterans on resources for PTSD and the hope for healing and thriving after service.

We sat down with Miguel Ocegueda, an Army veteran and combat medic, to talk about his own experiences with combat, the transition back to civilian life, finding ways to journey through PTSD, and the organization that helped him find a new path forward.

Q: What were your experiences like in the military and during your deployments?

A: I served in the Army as a combat medic for about 13 years, five years were active duty with 3rd Infantry Division, and then the remainder was in the National Guard in New Jersey. That included two tours to Iraq in 2008 and 2009, and some peacekeeping missions.

Nothing really prepares you for what you’re going to see. You go through different training exercises, especially as a combat medic. It’s drilled into your brain the things that you might see and how to react to them. Especially later on as I served as a mentor to other individuals later in my military career, that was one of the lessons that resonated most with me. Nothing can really prepare you for what’s going to happen on the battlefield, especially when you have to treat people who you’ve either come to admire or people who you end up developing close relationships with, people that depend on you to be effective and efficient at your job.

The other piece, too, is nothing ever really prepares you for what failure looks like. You’re taught especially as you’re going through the training that if you do X, Y, Z, you get X outcomes. And a lot of the times, especially in the field of battlefield medicine, it just isn’t the outcome. Despite your best attempts at really doing and performing the interventions at the right time, sometimes the other human body just doesn’t respond as we think it would.

I would say that was the biggest challenge I had to overcome, not just during the deployment, but beyond, especially when I returned.

Q: How did those challenges affect your transition out of the military back to civilian life?

A: I think it was like everyone, we were anxious to get back to the life that you had before, not really taking time to acknowledge that you’d gone through something pretty significant. I think a lot of us were like, just let’s just put this behind us. There’s still a mission we want to serve.

I think coming back, everybody wanted to just continue life as normal, and that’s obviously a protective mechanism. But what starts happening is a lot of that unprocessed trauma starts to change behaviors, thoughts, attitudes, beliefs, and obviously at a non-conscious level, right? Because consciously we just want to get back to a good version of ourselves, the people that we were before.

I think there is some merit to wanting to not dwell on the past. But at the same time, I think that it sets up a lot of people for failure.

Q: What was it like processing your own experiences?

A: Initially I didn’t think there was anything I had to [process]. But obviously there were changes, tangible changes, with the way I interacted with my family members, the sense of not so much anxiety, but just difficulty being in large crowds, things that people commonly describe when they’re talking about PTSD symptoms.

But again, you don’t think it’s affected you because you want to completely either forget or deny that you’d gone through something like that. It wasn’t until maybe two or three years after my deployment, when I was getting ready to exit active duty and transition over to the National Guard, I was also pursuing a bachelor’s degree in biology, and I started to notice just little things, like the inability to concentrate. I lacked a lot of emotion. There was not a lot of readiness. I wasn’t really available to people around me, friends, even people in the National Guard who I was meant to mentor and guide and develop the emerging leaders of the guard.

I didn’t fully realize how much I had not been feeling until I rescued a dog. It wasn’t until I started playing with them that I was able to experience some emotion. And [I thought] “I can’t believe that this is what I’ve been missing.” So those were the first clues that something was going on beyond what I was allowing myself to believe. A lot of it is denial.

And I think the other piece was I didn’t want to pathologize myself. There was so much out there being said about PTSD as this forever sentence. And part of that denial comes from wanting to deny the fact that I’d been changed or altered in any significant way. I think it really kept me wanting to ignore a lot of the symptoms that were signature wounds of what is a very normal reaction to trauma, especially in a combat zone. So that plus really having difficult relationships with others [caused] me to seek care.

Q: Where did you start your journey with PTSD treatment?

A: That journey started with me reaching out to the VA and visiting a vet center. Not all the VAs look the same. There are some really talented people within the VA system, but it’s not equitable across the country. For my initial experience with the VA, it was very stigmatizing; that’s the kindest way I can put it.

I was sort of lumped together with other groups of veterans who were showing the same symptoms. You almost felt ashamed for talking about things that were bothering you. You weren’t really treated as someone who deserves concern or someone who deserves to be heard. At the height of when I went, the VA was struggling with claims about neglect, and there were reports coming out of the Phoenix media about long wait lists. So there was a defensiveness to the environment when I entered VA care.

Q: Realizing the VA wasn’t going to be a good option for you, was that when you found Headstrong and other options?

A: Like many others, I thought “I’m just going to push through this. I’m intelligent enough. I can research enough. I can find my own way through.” I just drove into more responsibility, took on more on my plate.

It was to a point where I was so exhausted that I really couldn’t feel anything. But at the time there was a veteran who was also attending Rutgers with me. He approached me and said “you seem so passionate about helping others. Have you ever thought about looking at this nonprofit that I work for?” He was the director of strategic partnerships when I found Headstrong.

I started there as a volunteer. Again, I had a lot of reservations around mental health care in general, but I knew it was something that was needed. I sat as a silent observer for about two to three months, looked at their programing, had an opportunity to speak to other veterans, and it was really through them, the people that had gone through the Headstrong program, that I found that courage and ability to trust that I could do this again, that I could reach out for help. And if it weren’t for those people and for the people who introduced me to Headstrong, I don’t know what the outcome would have been. It was because of people who looked out for one another.

Q: Do you think that’s one of the keys to healing for veterans who are struggling? Is that connection with others important?

A: Yeah, absolutely. I think there’s a lot to be said about that because it normalizes the experience, right? And you find hope that somebody overcame it themselves, that it is not this lifelong sentence. That’s part of the secret sauce of really engaging and being willing to be vulnerable. Because not many people are willing to say “I went through the very same thing. I’ve been there myself and this is how I came out of it. And it was because I engaged in mental health treatment that I was able to get that freedom from a lot of the symptoms that I was experiencing.”

Q: Why is that vulnerability difficult? Why do you think there is such a stigma on mental health in general, but especially on PTSD?

A: I would say one is military culture for sure. The warrior ethos, the sense that you just need to power through a lot of things. There’s almost this toxic sense that if you have something that can easily be addressed, then you’re sort of less than or you’re underperforming.

Second is a lack of knowledge. There’s so much out there around what PTSD is or what trauma is and how it affects you. But not a lot of people know and understand that. Not a lot of people can [articulate] what that actually means to them. There’s a lot of literature out there. But really, how can you personalize it and make it help me make sense of my experiences?

Third is just as a culture we’ve really pathologized war and those traumatic experiences. I think that largely contributes to the stigma around PTSD and really to how much we often focus on violence as a result of PTSD. Right now, everyone assumes that if you have PTSD then you are to be considered a violent person or that you might engage in violent activity.

But PTSD, like anything else, is on a spectrum. We all experience PTSD in very different ways. We as a nation, we’ve pathologized what are, again, very natural reactions to traumatic experiences.

Q: So now that you’ve been on this journey, what would you go back and say to yourself at the beginning? And what advice would you give other veterans who are on the same journey?

A: The experiences that I had, I was meant to go through. Everything that I’ve gone through has aided me in a lot of different ways. And the one thing that I would tell myself is that whatever I went through, there’s a meaning behind it and it’s my job to find it.

The second piece is that we’re not alone. PTSD and other trauma related manifestations make you feel super isolated. And again, you do that to yourself. I would tell myself: stop isolating yourself. Don’t put yourself on an island. There are so many more people who are struggling or going through a lot of the same things. And by putting myself on an island, I’m really limiting what’s available to me and the people who want to reach out and help.

And finally, it’s a little bit of a long journey, but with effective treatment and the right people and the right support, you can overcome anything.

If you or someone you know is struggling with PTSD or mental health issues, the Veterans Crisis Line is available by calling 1-800-273-8255 (then press 1) or texting 838255.  The Vet Center is also available and staffed by combat veterans and military families ready to talk about military experiences and any other issues veterans are facing. That number is 877-WAR-VETS (927-8387).