PTSD is a defining injury of war, but it doesn’t have to define veterans 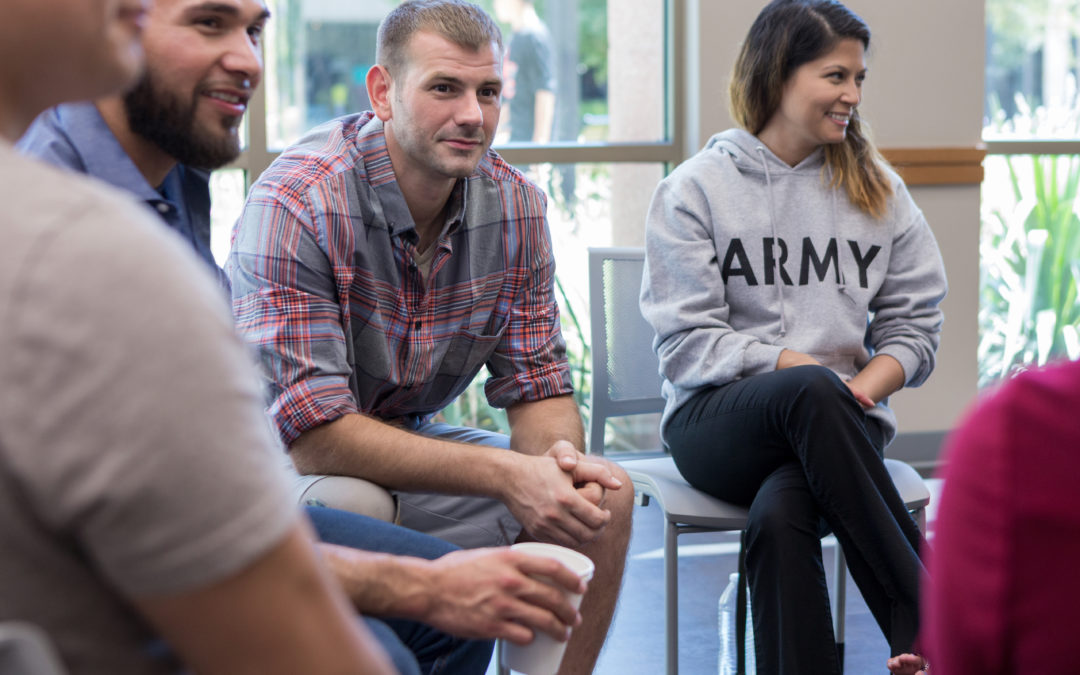 Post-traumatic stress disorder is nothing new.

PTSD has been a defining injury of war since ancient times, manifesting in different ways and earning itself different names along the way.

In just the relatively brief history of the United States, what is now known as PTSD has been called soldier’s heart, battle fatigue, war neurosis, nostalgia, and shell shock. Each term tried to capture what exactly was going on in a veterans’ mind, but failed to grasp the complexity of experiencing and surviving traumatic events.

Society has largely failed to grasp those complexities as well, allowing for misunderstanding and stigma around PTSD that hurts veterans who need help coping and healing. PTSD and its manifestations are a pervasive obstacle in the way of veterans living healthy successful lives.

In a given year, the VA estimates these PTSD rates among veterans:

PTSD manifests in many ways, from anxiety and irritability to flashbacks, depression, insomnia, and everything in between. Understandably, these symptoms are often enough to drive veterans to unhealthy coping mechanisms and challenging circumstances.

But though the outlook of PTSD’s weight on veterans and their families may look bleak, there is hope unlike ever before.

In the past few years specifically, veterans and their families have become bold advocates for themselves, sharing their struggles and those of their loved ones. Being open and honest about PTSD has helped tear down the stigma of mental health problems, empowering more veterans to seek care.

Veterans are proving they are not broken or defined by their trauma, but rather they have a path forward to a stronger, healthier life.

Veterans have taken control of breaking down their own internal and external barriers, not just to get well for themselves but to lead the way for their fellow veterans.

Many find it helpful to seek traditional PTSD treatment and therapy with the Department of Veterans Affairs or to take advantage of access to non-VA community care through the VA MISSION Act.

Others have gone a non-traditional route, finding innovative treatments with their own unique circumstances. Veterans have begun to heal through:

Programs and nonprofits just like these are popping up all over the country, many established and run by veterans themselves. They seek to give veterans what they are missing in the mental health space – a method of recovery that empowers them and puts them in control of their healing.

This month, we’re proud to highlight innovations in PTSD treatment that are helping veterans live healthier lives. PTSD might be a defining wound of war, but it doesn’t have to define the veterans who live with it.

If you or someone you know is struggling with PTSD or mental health issues, the Veterans Crisis Line is available by calling 1-800-273-8255 (then press 1) or texting 838255.  The Vet Center is also available and staffed by combat veterans and military families ready to talk about military experiences and any other issues veterans are facing. That number is 877-WAR-VETS (927-8387).