The Iraq War was a blunder from the start. Here’s why. 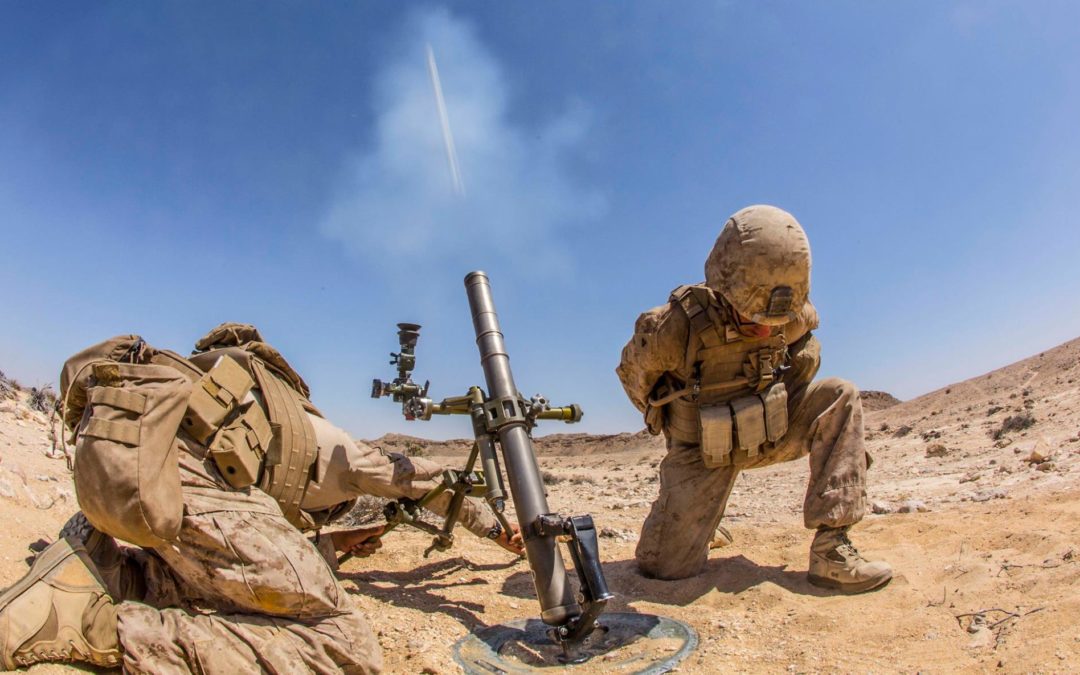 The Iraq War will go down in history as one of the worst mistakes in U.S. foreign policy.

Despite the war’s immense cost in blood and treasure, little was accomplished other than destabilizing the country, paving the way for the rise of ISIS, and increasing Iran’s influence in the region.

The continued U.S. troop presence in the country does little more than put Americans in harm’s way.

What went wrong in Iraq?

The primary mistake leaders made regarding Iraq was invading in the first place. Justifications for invasion varied, from shoddy claims that Saddam Hussein’s regime had weapons of mass destruction and was collaborating with al-Qaida, to beliefs the U.S. could transform the state into a modern American-style democracy that would eventually turn the Middle East into a peaceful and stable region.

But any justification was weak at best, and vital American security interests were never at stake in Iraq.

From the very beginning, it was clear we could not impose a democratic system that would transform Iraqi society. A similar aim proved just as impossible in Afghanistan. American planners were woefully ignorant of the social conditions on the ground and were ill-prepared to deal with sectarian and tribal divides within the country that had been suppressed by harsh authoritarian tactics for decades.

Toppling Saddam Hussein unleashed conditions for turmoil. A series of reckless actions by U.S. occupation authorities, such as quickly disbanding the Iraqi army, drove many young men into an emerging insurgency. Later, the new Iraqi government, led by the Shiite majority which had previously been suppressed by the Sunni-aligned Hussein regime disenfranchised Iraqi Sunnis, further aiding insurgent recruitment and an environment which sparked years of deadly sectarian clashes.

This chaos that unfolded in the wake of the U.S. regime change effort helped create an opening for ISIS to gain support among many Iraqi Sunnis in the years to come. When ISIS launched an offensive in 2014, the Iraqi army suffered major defeats after putting up little resistance and abandoning American equipment and weapons that ISIS was able to easily capture. One analysis of captured ISIS ammunition from the summer of 2014 found that nearly a fifth was made in the U.S., likely because it was formerly in Iraqi army hands.

As a result, while combatting ISIS, American forces found themselves tacitly cooperating with Shiite militias that were backed by Iran to defeat ISIS, leaving Iraq more firmly under the influence of our geopolitical rival than ever.

While American actions did remove a brutal dictator, the terrible consequences that followed for our servicemembers and the Iraqi people were far worse in the long run.

Was the Iraq War a mistake?

The U.S. should not have invaded Iraq to facilitate regime change and engage in nation-building.

The war had nothing to do with American national interests, and it was especially foolhardy to attempt while the U.S. was simultaneously attempting a counter-terrorism campaign and subsequent nation-building efforts, however misguided, in Afghanistan.

The Hussein regime was undoubtedly an inhumane and vicious dictatorship, but to paraphrase President John Quincy Adams, it is not America’s duty to vanquish every monster on the international stage. American foreign policy must be narrowly focused on protecting vital American interests.

In a time of uncertainty and crisis shortly after the September 11th attacks, many Americans, who were misled by the Bush administration about intelligence on Iraqi WMDs, felt the war was necessary. Before the invasion, majorities of Americans supported war and significantly outnumbered those opposed.

Nevertheless, many experts made the brave decision to publicly oppose what they feared would be a grave mistake for the U.S.

In the fall of 2002, a large number of international relations scholars ran a full-page letter in the New York Times arguing that war with Iraq is not in America’s national interest. The signatories accurately predicted that the U.S. would not have an exit strategy, that the invasion would lead to regional instability, and that the war would distract from the campaign against al-Qaida. The U.S. should have heeded these warnings and focused its foreign policy more narrowly on its vital national interests—lessons it should apply nearly two decades on.

Results of the Iraq War

The Iraq War backfired for the U.S., empowering terror groups and facilitating increased Iranian influence in the region, tragically incurring a terrible cost in lives and resources in the process.

The Cost of War Project at Brown University estimates that from 2001 until the end of fiscal year 2022, conflict in Iraq and Syria has cost $2.058 trillion dollars, not counting the estimated future cost of veterans health care stemming from the conflict, which will add an additional $1 trillion.

Like the Afghanistan War, Iraq was largely financed by debt, and by 2050 the accumulated interest payments will add up to additional trillions from this extra spending.

But these deaths only capture part of the picture. From 2001 to 2019, the Department of Veterans Affairs reported that the suicide rate among veterans increased a disturbing 35.9 percent (nearly three percent more than the civilian population), from 23.3 to 31.6 per 100,000.

Altogether, over 30,000 veterans from the wars in Iraq and Afghanistan have taken their own lives. While the amount of loss and suffering among American troops and their friends and family is ultimately impossible to quantify, we must never forget this toll and exercise a healthy skepticism of future calls to ask our men and women in uniform to sacrifice when vital U.S. security interests are not at stake.

The future of U.S. involvement in Iraq

In December of 2021, the Biden administration announced the end of combat operations in Iraq,  stating it would  keep 2,500 troops in the country for the foreseeable future to advise and assist Iraqi forces. In reality this announcement is a semantic change—to this day, U.S. forces continue to face combat as they are subjected to periodic attack from Iranian-aligned militias. The policy maintains risks with few, if any, rewards.

What’s more, the Iraqi security forces U.S. troops are meant to train and equip have cooperated with and sometimes even supplied the very Iranian-aligned militias attacking our troops. Staying in Iraq accomplishes little while making it easier for those who wish us harm to attack our troops .

If there is a need to conduct future counter-terrorism operations in support of vital U.S. interests, the Iraqi government is in a position to take on some of those missions , and the U.S. is capable of conducting over-the horizon strikes via drones or aircraft to eliminate threats that actually have both the intent and capability to harm our homeland. And if need be, special forces can be inserted into the country.

Fighting terrorism does not require American troops to be deployed in unstable countries without end.

Unlike the Iraq War, the war in Afghanistan was justified in the beginning. Read about how the war devolved into fruitless nation-building efforts.