How should the U.S. view its alliances? The past, the present, and the future of U.S. alliances 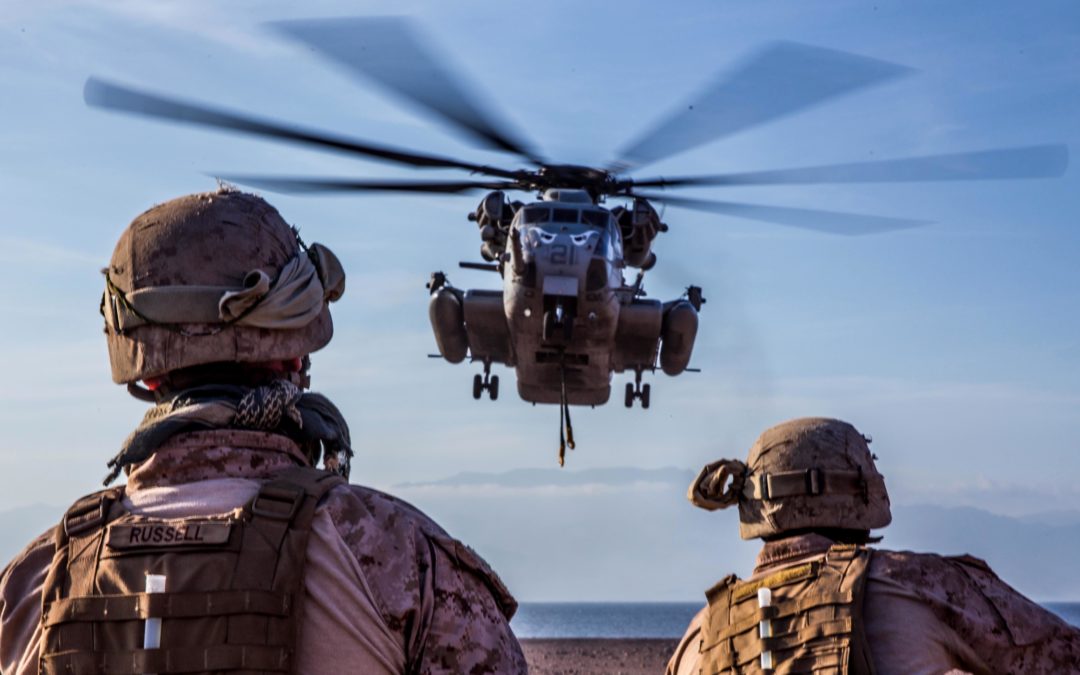 The continuing war in Ukraine has many observers debating the potential risks of Europe and the United States being drawn into a wider war with Russia. The conflict has also renewed discussion about NATO’s purpose in the post-Cold War era and what America’s role in it should be.

American thought on alliances has evolved throughout our history. Our founders had a vision of a strong, independent United States that didn’t entangle itself and its security in permanent alliances around the world. These thinkers feared that permanent alliances could lead the U.S. astray from its own national interests. But the further away we’ve gotten from the Founder’s time, the more alliances have featured in U.S. foreign policy, sometimes to our benefit, and other times to our detriment.

To better understand the current challenges our approach toward alliances presents, here is a broader look at how America has thought about alliances in the past, how our alliances have grown, and what a better approach would look like in the future.

What the Founders thought about U.S. alliances

Many of our founders and early statesmen were wary of excessive involvement in alliances abroad. Figures including George Washington, Thomas Jefferson, and John Quincy Adams counseled against tying America’s destiny too closely to other nations, especially when the U.S. was much more vulnerable to attack from European powers with large standing armies.

In his famous Farewell Address,  George Washington advised the United States to adopt neutrality, lest it cloud Americans’ views of their national interests in events abroad. “Excessive partiality for one foreign nation and excessive dislike of another,” Washington warned, “cause those whom they actuate to see danger only on one side and serve to veil and even second the arts of influence of another.” 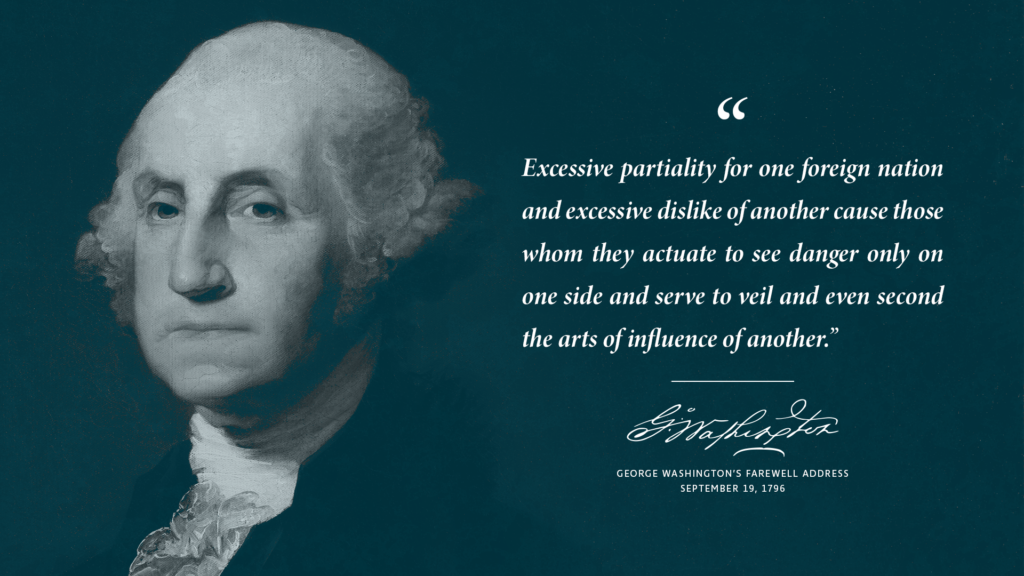 Fortunately, Washington noted, America’s remote and secure position “invites and enables us to pursue a different course.” In international affairs, while Washington argued for maintaining a “respectably defensive posture” he stressed “it is our true policy to steer clear of permanent alliances with any portion of the foreign world.”

Washington feared that permanent alliances, rather than temporary ones during wars of necessity, could lead America into commitments contrary to our national interests.

Thomas Jefferson echoed Washington’s counsel in his first inaugural address in 1801. Jefferson argued that as president he would seek “peace, commerce, and honest friendship with all nations,” but “entangling alliances with none.”

Twenty years later, Secretary of State and future president John Quincy Adams outlined a similar vision of restraint in America’s foreign policy choices in his landmark July Fourth speech to the House of Representatives. America’s commitment to liberal democratic values and their fortunes abroad, Quincy Adams argued, made it unwise for the United States to hurl itself into conflict on their behalf.

“Wherever the standard of freedom and Independence has been or shall be unfurled, there will her heart, her benedictions and her prayers be,” Quincy Adams explained of America, “But she goes not abroad in search of monsters to destroy. She is the well-wisher to the freedom and independence of all. She is the champion and vindicator only of her own. She will commend the general cause by the countenance of her voice, and the benignant sympathy of her example.”

Quincy Adams believed America’s liberal values could best be spread abroad by example, thus warning that employing force on their behalf when vital American interests were not directly threatened could be perilous:

“She well knows that by once enlisting under other banners than her own, were they even the banners of foreign independence, she would involve herself beyond the power of extrication, in all the wars of interest and intrigue, of individual avarice, envy, and ambition, which assume the colors and usurp the standard of freedom.”

Three Founders, who would have taken very different stances in other areas of governance, all believed similarly about alliances: American interests should come first and staying out of entanglements with other nations was a good way to ensure that.

Who does America have alliances with now?

Historically, the United States’ alliance relationships were temporary war-time measures, and not necessarily contrary to the Founders’ vision. Indeed, the United States exists in part thanks to the support of the French in the American Revolution, who backed America in an opportunity to undermine their rival, Great Britain.

When the United States entered World War I in 1917 and World War II in 1942, its alliances and wartime agreements were meant to follow that same method, lasting for the duration of the wars at hand and intended to help set common goals during the fighting.

The United States’ view of its alliance relationships changed significantly after its victory in World War II, when it first achieved its status as a global super-power. With much more power, far fewer vulnerabilities, and a greatly changed international system from the early republic, America had a powerful incentive to change its approach to alliances as it increasingly took on a global leadership role.

After the war, a broken and exhausted Western Europe shared the United States’ fear of expansionist Soviet communism. The Soviet Union had already imposed its will in Eastern European territories it occupied and in 1948 tried to blockade West Berlin.

As the United States took on a new role as the leader of the West against Soviet expansionism, U.S. and Western European interests simultaneously aligned against this common threat they expected to last for years. The result was the North Atlantic Treaty Organization (NATO), formed in 1949. This alliance was, and still is, diplomatic and military. Its key deterrent strategy, Article V of its founding treaty, designates an attack on one member state as an attack on all.

During the Cold War, the United States and other NATO members faced much higher threats to their security than they do today. The Soviet Union and Warsaw Pact, the Soviet Bloc’s defensive alliance formed in response to NATO, significantly outnumbered the ground troops that Western Europe and the United States could deploy.

For the long-term Cold War strategy of containment—the effort to prevent Soviet expansion without seeking out direct confrontation and trusting communism to collapse on itself in time—NATO’s collective defense system was prudent, even if it abandoned previous traditions against permanent alliances.

But after the Soviet Union collapsed in 1991 and the Warsaw Pact dissolved, NATO’s principal purpose for existing ended. Yet the alliance persisted. This is where we see the U.S. fall into a web of entangling alliances and security commitments.

NATO rebranded itself as a zone of ever-widening democracy and peace, engaging in intervention in the Balkans and expanding further eastward despite vocal Russian opposition. NATO’s continued expansion east and ambitions to include states bordering Russia was a contributing factor in souring US-Russian relations after the end of the Cold War. 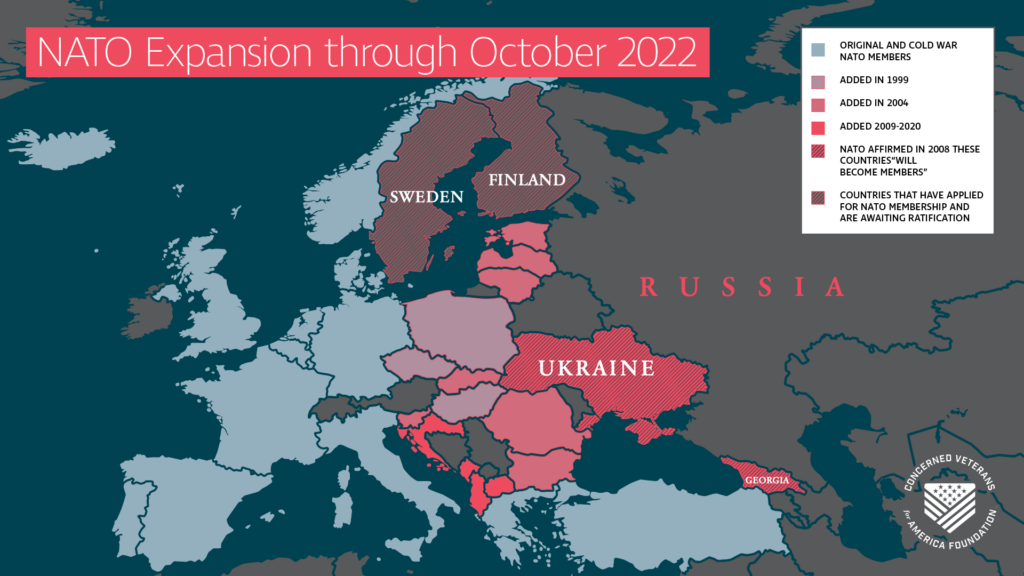 Since NATO’s inception at the beginning of the Cold War, the alliance has continued expanding eastward. Current applicants and countries desiring membership fall along the border between Europe and Russia, creating more tensions between the West and East

U.S. alliances now:  Where do we go from here?

While the US and the world have changed considerably since the early founding, many of the Founder’s foreign policy principles still have wisdom for the present.

NATO presents a prime example of an alliance that frequently breeds European dependence on U.S. security, entangling the United States into disputes that today, since the fall of the Soviet Union, are increasingly disconnected from U.S. interests, as prudent as the alliance was at the beginning.

So how can the U.S. think differently about the role of allies in its foreign policy?

Fundamentally, American policymakers should revisit their assumptions about where U.S. security comes from. Promises to defend various countries are not the most important drivers of U.S. security or the only way to maintain close ties. Economic and diplomatic engagement also strengthen American relationships abroad. When security guarantees are handled poorly or extended too easily, they undermine American economic strength through additional taxpayer burdens and overstretch U.S. military power, both of which more directly affect our core security interests.

But the U.S. can manage its sprawling network of alliances and partnerships in a way that protects our interests and keeps us out of unnecessary military commitments.

First, we should avoid new permanent security obligations beyond the dozens we already have. The United States is already overstretched from attempting to maintain a heavy military footprint in Europe, the Middle East, and Asia simultaneously, and adding any more permanent security obligations would be strategically untenable. This is particularly true at a time when the United States encounters an increasingly complex world and faces rising domestic economic constraints on its actions.

And in that vein, the U.S. should oppose any new formal alliances that are most likely to trigger its involvement in future wars with nuclear powers that would not serve our national interests. Expanding NATO membership to countries bordering Russia, such as Ukraine or Georgia, is the chief example of a direction not to go.

Second, the U.S. can better clarify our role in several existing alliances and partnerships. In NATO for instance, the U.S. can gradually shift from being the frontline military force in Europe against Russia to one that mostly aids in a logistical or intelligence-gathering capacity. 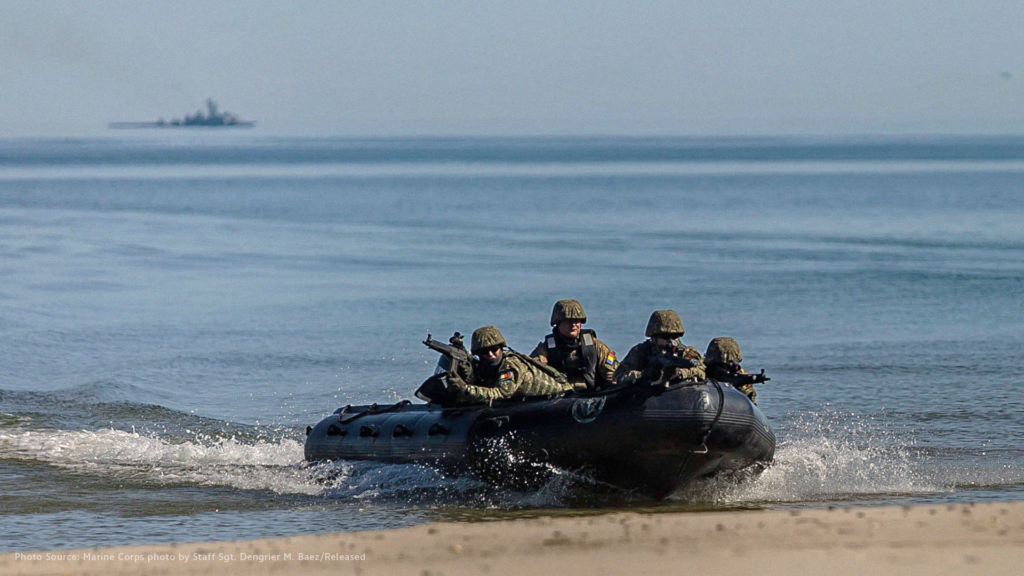 NATO forces, including American and European partners, train together for potential combat

Outside of NATO, the U.S. should be clearer in its rhetoric about the limitations of its relations with quasi-allies—partners, such as Saudi Arabia, who the United States regularly partners with but has no formal treaty obligations to.  Doing so can avoid over-inflated expectations of support from these partners that may undertake risky actions expecting America to come to their aid if things don’t work out.

Finally, America should improve the capacity of our partners and allies to act on their own to counter local threats so that America only needs to intervene as an absolute last resort should those countries be unable to do so.

By supporting projects including European Strategic Autonomy, regional security alliances, and relations between Israel and Arab states for better cooperation against Iran, the United States can strengthen our partners with a lower risk that we will have to intervene on their behalf.

With less risk of being dragged into wars disconnected from our core interests, the United States will itself be stronger and better able to devote more attention to addressing challenges at home and its top strategic interests abroad.

American alliances can be a powerful tool on the global stage, but they shouldn’t be seen as the only tool or the best tool to deter or combat threats. Alliances, especially permanent ones, can come with high risks, and our leaders should be wary of tying our safety and security to that of other nations without a strong national interest.

Policy makers would be wise to look to the Founders for guidance on America’s place in the world, because even nearly 250 years later, the advice to stay out of entangling alliances is still relevant.